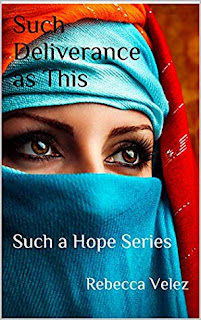 Prior to writing your first novel, what writing credits did you have?

I wrote a couple devotionals for Keys for Kids and reviews for Christian Library Journal.

What made you decide to write that first novel?
I was re-reading the book of Esther and started imagining how difficult advocating for her people would be if she were shy.

How long did it take you to write your first book?
Since I wrote during my children's nap times, it took about five years. It took nearly five more years before it was published.

How many rewrites did you do on it?
At least two. My hard drive crashed, and I lost a significant chunk of the original, so I had to rewrite. I finished the manuscript and gave it to my grandmother for her eightieth birthday but then discovered I was pregnant, so I put the manuscript aside. After a few years, I got it out again, polished it, and started looking for a publisher.

Who helped you with the editing? Who encouraged you along the way?
My mother edited and encouraged me.

Are you active with any writing critique groups?
I'm currently part of an online group.

How did you go about finding an agent / publisher?
I submitted to the Writer's Edge website, was accepted, and subsequently contacted by a publisher.

Did you go to conferences?
I've been to the Greater Philadelphia Christian Writers Conference twice. 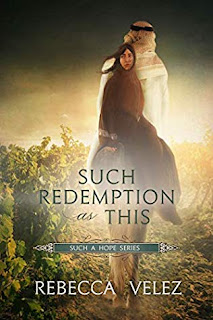 From the point you were offered a contract on that first book, how long did it take to make to print?
Such a Time as This took eleven months to publish.

What is the hardest part of writing for you?
I think the hardest part is when I have an idea for plotting and the history doesn't support that plot. Opening chapters can also be tough. An agent at a conference told me my second book should start farther into my manuscript.

What does your editor remind you to do most often?
Use more dialogue tags.

What’s the best encouragement you’ve had in your writing?
A good review lifts my spirits, especially when readers understand what I'm trying to communicate.

We have all experienced rejection. How have you learned to write past it?
I wrote a children's book for my college internship. The university publishing committee decided to publish it but later scrapped the entire series it would have been part of. I was disappointed but kept writing.

What has surprised you the most in writing/publishing?
I've been surprised by the amount of promotion an author needs to do.

What frustrated you the most?
The business/promotion side of being an author is most frustrating for me. I want to write, not deal with sales numbers and websites and my platform.

What do you know now about writing you wished you had known sooner?
The camaraderie and expertise found in writing groups is invaluable. I wrote my first book (1998-2003) without any help from other writers simply because I didn't know how to find a group. Nowadays, if there's no physical group nearby, an author can join a virtual group. 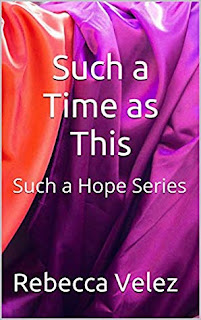 What is the best writing advice you’ve received or could give?
Be willing to change your writing. Consider the advice of critique partners and editors.

Are there any other points about writing you would like to add?
I believe having something important to say is most important. You may not consider yourself a writer, but if you have a story that needs to be told, you can learn to write or work with a ghostwriter.

What is the next book coming out? Can you give me a short synopsis?
My WIP is set on a Texas ranch running a program for girls healing from PTSD. It's still in the early stages of writing under the working title of Esperanza Ranch.

That’s all for today’s interview. If you’d like to learn more about Rebecca’s writing, here are the links to each of her books.
Such Redemption as This: