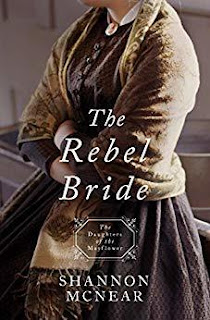 Today’s interview is with a tenacious author who wrote seven books before she received her first book contract, which was for a novella, Defending Truth. This was bundled in one book with other authors called A Pioneer Christmas Collection. Shannon’s also been a RITA nominee, writes regularly for Colonial Quills, and is a member of ACFW and RWA.

What made you decide to write that first novel?
I was writing little stories from about third grade on … I don’t know, they were just in me and had to come out. 😊 Same for my first novel (still unpublished), that I started at age 15. The character came to life in my head and demanded to be written.

What made you choose the romance genre?
It was romance because, well, really, what 15-year-old girl doesn’t dream of romance of some kind? I fought the genre label for a long time, though, because so much of what I’d read was either unrealistic (yes, I’m one of those readers, LOL) or sappy or created personal discontent about my own life and marriage. But I do love a romance done well, and it was through the writing of one of my yet-unpublished novels that I came to grips with some aspects of my own life story. So I have to say, I didn’t choose romance; romance chose me.

How long did it take to write your first book? How many rewrites did you do on it?
Are we talking the first unpublished or the first contracted one? That first unpublished took about a year. I rewrote it nearly 20 times in as many years and drafted two sequels (or segments of such) before starting something fresh.

My first contracted novel was completed in about six months, maybe a little more, including intensive research and one solid rewrite. Another layer of revision happened after a critique partner looked at it, then came editorial revisions, of course, and there were two rounds there. So, four rewrites total, if we count all that? Not typical for everyone, I realize, but I do some tweaking as I go along, and several decades of writing fiction and studying the craft has to be good for something … 😊

Who encourages you in your writing?
My family, first and foremost. Several friends are also very kind and enthusiastic, especially a wonderful tribe of close writing friends who I met at various conferences and/or early critique group settings. 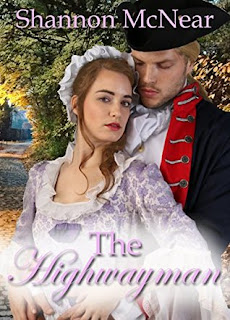 Are you active with any writing critique groups?
I’m not currently active in a critique group, officially, but I do critiques for a handful of my writing friends, and they for me.

How did you go about finding an agent or a publisher?
Years ago, when it was the only option, I consulted Writer’s Market, printed out the entire manuscript, mailed it to the editor with a cover letter, and waited. Sometimes up to a year. I took a sabbatical from fiction writing when my older kids were small; and by the time I came back, the internet completely changed the submission process.

At that point, I started attending conferences, meeting with editors and agents, querying those I hadn’t yet met in person. Things happened for me rather haphazardly and by accident, unless you believe in God opening doors (which I do 😊), and through a rather strange but cool series of relationships. I have to credit two of my dearest writing friends for giving me the push in one situation and recommending me in another.

What is the hardest part of writing for you?
Adequately showing the character's goals and motivations! I’ve been dinged so many times in contests and on critiques for not having enough tension or being clear on what characters really want. In the process of writing itself, I think starting is hardest, both a new story and each individual writing session. 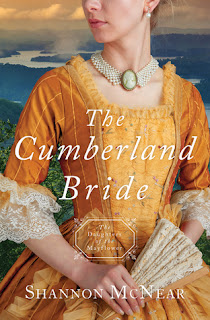 What does your editor remind you to do most often?
Make character motivations clearer. 😊

What’s the best encouragement you’ve had in your writing?
Early on? An agent I highly respect told me that I was in a place where most writers give up, and I hadn’t and commended me for that. Ironically it was still another 5-6 years before I’d see that first contract. But his words kept me going for a long time!

More recently, it’s hearing readers say I put them right in the situation and time period, that they can feel the character’s emotions, and that I’ve given them another side of an issue to think about.

We have all experienced rejection. How have you learned to write past it?
I think the hardest moment came after about the fifth rejection from the aforementioned agent—he had commented in an earlier rejection on my talent but suggested a change in genre to establish myself rather than trying to lead with fantasy, which was a hard sell in the Christian market.

So, I did that, changed genres and was actually working on projects in both historical and contemporary, but with the historical unfinished, I was offering the contemporary around, first in a short category romance form and later as a full length. He turned down both of those.

The latter was probably the most discouraging—it basically amounted to a “no, sorry” with no explanation, not that he owed me one, but previous rejections had at least included crumbs. 😊 (Bear in mind at this point I’d had several conversations with him over the years at conferences and such, and he was representing two of my closest friends, so there was a bit of relationship by this time.) 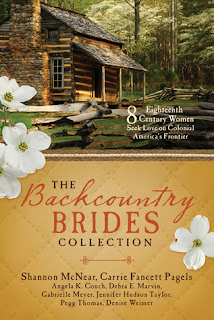 I’d been trying several other agents as well, but none of their rejections stung as badly as this one. I decided I must either be really tenacious or extraordinarily thick-headed (not that the two are mutually exclusive, LOL) to keep trying, but … I had that historical to finish, at least, before I gave up entirely. It was the toughest project ever (a Revolutionary War story told from the British and loyalist side), but I’d already invested five years of study and writing.

Once finished, it would be something like my sixth completed novel-length manuscript (I was still working on a segment of my fantasy saga at the same time, which became my seventh). I didn’t feel like I could quit, even if it meant yet another season of working hard and honing my craft, and so I basically tucked in and kept going. And prayed. A lot. 😊

What do you know now about writing you wished you had known sooner?
That being published isn’t the pinnacle of success—merely a higher level of visibility, and heavier responsibility. That what I’ve considered the story of my heart isn’t necessarily market-worthy at this point. That it really is more about the story overall than whether I can frame the perfect sentence or get all my punctuation correct. (Says this die-hard grammar geek …)

What is the best writing advice you’ve received or could give?
Read a TON … write a TON. Keep pouring words onto the page and write more for the love of story, because you are a writer, than for some nebulous market. Be patient, work hard, and trust God, and if it’s meant to happen, the doors will open.

Are there any other points about writing you would like to add?
I’ve heard it said that if you can stop writing, you should. That the best writing happens because you need to write—that it’s like a craving or an addiction. That hasn’t felt far from the truth, over the years. Even when I set aside writing fiction, that need came out in other ways. 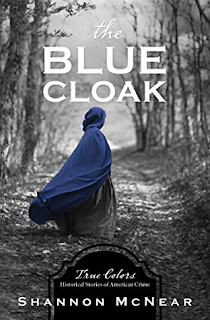 Your latest book, The Blue Cloak, veers away from the romance genre into true crime. Why such a radical change in writing?
My editor at Barbour approached me with the story concept and invited me to submit a proposal for the True Colors series. After considering this setting and one other that she suggested, I decided this was the one I could draw something redemptive. And the fictional thread running alongside the true-crime storyline does contain a romance—which yes, felt so jarring at times, but provided a challenge I couldn’t deny. Overall, I realize I wanted a chance at spinning a good story out of a wretched slice of history.

Can you give my readers a short synopsis?
Here’s the summary: Evil incarnate leaves a trail of destruction across the frontier …
Rachel Taylor lives a rather mundane existence in 1797 at the way station her family runs along the Wilderness Road in Tennessee. She attends her friend Sally Rice’s wedding only to watch the marriage dissolve into horror as the groom, Wiley Harpe, and his cousin, Micajah, become murderers on the run, who drag their families along.

Declaring a “war on all humanity,” the Harpes won’t be stopped, and Ben Langford is on their trail to see if his own cousin was one of their latest victims.
How many will die before peace can return to the frontier?

Sounds riveting! If you’d like to learn more about Shannon’s books, here are some links to get you started.