Getting a Handle on Doing Research: An Interview with George Garrigues 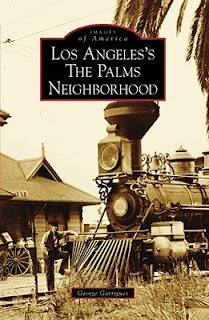 Your background prior to writing your books was journalism. What drew you to writing books?
I write nonfiction; I don’t make stuff up, so it’s just like when I used to be a reporter, except I don’t interview the characters in my books, ‘cause they’re all dead.

I have written two print books before I began with the eBook editions: One was based on the letters and unpublished manuscript left to me by my father, newspaperman C.H. Garrigues; it’s called, He Usually Lived With a Female. The other was for Arcadia Publishing; Los Angeles’s The Palms Neighborhood.

Why did you choose crime stories?
Readers are interested in crime. One of the first lengthy books I ever read was Dostoevsky’s Crime and Punishment. But of course, recently I’ve turned my attention in another direction, which I’ll tell you about below.

How do you choose what stories you’ll write about?
I used Newspapers.com to choose my topics. It’s simple: Just search for some combination of words like “Crime of the century” or “wealthy widow + murder” or “arson + murder + coverup” or “upscale neighborhood” + “mysterious death.” You’ll have more leads than you can handle.

What type of research do you do in writing your book?
Newspapers.com. Ancestry.com. Google Books. Print books already published about the crime, the era, the social milieu, and so forth.

How long does that take?
I aim for months, but sometimes it takes years. I stop researching when the book is published. 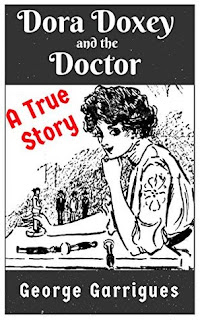 Do you have someone else assisting you with editing or research?
Yes, my daughter helps in the research, and she does the editing and the promotion. She is a writer herself. My ex-wife, another editor, also did one of my books.

Tell me about the process.
I usually wait until I have a book completed before she gets it for editing. Otherwise, it’s the old story of “Only a fool shares his unfinished work with another person.”

What advice would you give authors in doing research for historical facts for fiction and non-fiction books?
Keep good records. I usually save my online research or photos I have by beginning their file name with a date; for example “1899.10.15 Smith is slain” or “1910.02.03 Jones photo NYT.”

What made you choose the indie route for publishing?
Right now I can see my own book in print (or in pixels) after several months’ work of researching and writing. (Or years.) But at least I am assured of seeing it out there, and putting it on the market for others to see and enjoy.

What has been the most challenging part about putting together your books?
I am used to writing, so that is not a challenge; it is really the most enjoyable part of the whole endeavor. Second-enjoyable is editing, winnowing, sifting, deleting.

The challenge about self-publishing is getting the thing onto the reader’s screen or into his physical library. I have decided to use a professional conversion surface for both. Even though I use Scrivener to help compose and organize, I won’t use its conversion feature because I am simply not expert enough to do so. Besides, my most recent books have a surfeit of illustrations, and I don’t want to be mucking around with them and the manuscript when an expert can do it much better than I could. 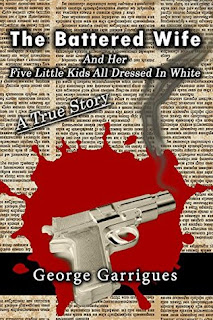 What tips could you offer indie-authors in putting together a book?
Keep well organized. Use file names that mean something to you. (Like my tip about dates, above.)

What’s the best encouragement you’ve had in your writing?
When my daughter told me (recently) that I was a good writer. Before then, it was when I cashed my paychecks from my newspaper employer or employers.

We have all experienced rejection. How have you learned to write past it?
I just figure my offering wasn’t what the editor or publisher was buying at the time. I had that experience just recently, so I’m reworking that particular idea to my own satisfaction and will self-publish. Then it’s just between me and my prospective reader.

What has surprised you the most in writing/publishing?
My surprise relates to other eBook authors: Many of them don’t know the first thing about writing, nor the English language, nor editing and sometimes spelling. One eBook I dipped into was darned good writing, except the author kept misspelling “cavalry” as “calvary,” which, as we all know, if the place where Jesus was crucified, and it takes a capital letter.

Also, I am surprised at how many people write without any concern at all for making their writing understandable to the reader.

Oh, yes: All the clichés!

As far as general publishing goes, I think most publishing houses are excellent, and I am positively impressed by the care taken with covers, typography, and all that goes into good, traditional book making. 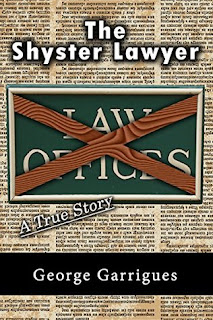 What frustrated you the most?
Trying to figure out how to put a manuscript into shape for production without hiring a professional (which I finally had to do).

I wish I had known about ProWritingAid, a great software that has really helped to spiff up my writing.

What is the best writing advice you’ve received or could give?
Received? Uhh. Don’t write too long. I remember an editor taking a lengthy story I had handed him and physically cutting off the last half of it (with a sharp-edged ruler). Of course, it was a newspaper article in the inverted-pyramid style, so there wasn’t much lost except for the time it took me to write it.)

What is the next book coming out?
Liberty Bonds and Bayonets: A Marguerite Martyn Story came out as an eBook this month. 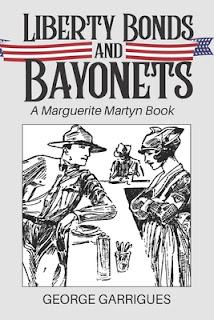 Can you give me a short synopsis?
Here’s the blurb:
Clair Kenamore was a reporter with a camera on the Western Front; Marguerite Martyn carried an artists’ sketchbook at home. They were husband and wife; World War I forced them apart.

He reported what he saw, doughboy Sammy Goldberg coming back from the trenches with seventeen German prisoners. blond French girls throwing flowers and flirting in German with boisterous American troops. Men dying.

You smile, too: Santa Claus checks a shopping list. A uniformed cupid challenges a draft-dodger. A busybody woman peers through a periscope. Camp followers get booted. And a “peach” eats a peach.

Sounds like an intriguing book. If you’d like to learn more about this one or George’s other works, here are some links to get you started.