From Traditional to Indie Publishing: Author Interview with Merrillee Whren 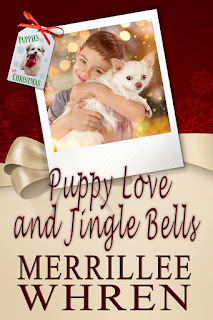 Today's interview is with Merrillee Whren, who is an award-winning and USA Today bestselling author of Christian romance novels. She has won the Romance Writers of America Golden Heart Award for best inspirational romance manuscript, the RT Reviewers’ Choice Award, and the Maggie Award. Now let's learn about her writing journey

Like many writers, your “official writing career” didn’t start until later in life. What made you decide to try your hand about writing novels?

I actually did some writing for fun when I was younger but never thought about writing for publication at that time. I had read a lot of romance novels and after a time decided that I could write one, too. I didn’t know what I was doing in the beginning, but I was determined to learn.

You’ve now written books for 6 different series. How do you make the decision to transition from one series to another?

When I first started writing, I wasn’t thinking in terms of a series, but after I made my first sale to Harlequin’s Steeple Hill Books, which eventually became the Love Inspired line for Harlequin, I saw that other authors wrote books in a series, so I decided to do that also. 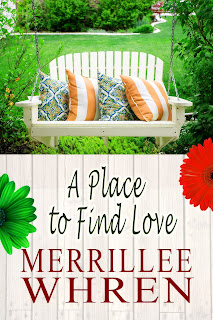 My Front Porch Promises series has seven books. The very first book is actually a book previously published by Harlequin, and it was supposed to be part of the series I had envisioned. It was bought as a stand-alone book because my editor wasn’t interested in the other books I wanted to write for that series. I was happy to get the rights back to that book and include it with the other Front Porch Promises books.

I am currently writing a book, Hometown Cowboy, to add to my Kellersburg series, which was previously published by Harlequin. I am also thinking about a fifth book to go with that series. I will stick with a series until I run out of characters whose stories want to be told.

I don’t have any difficulty getting started. That’s the easy part. The more difficult part is getting through the middle of the book. Because I’m an organic writer and don’t plot my stories, I may sometimes not have a clear vision of where things are going so the writing is slow and then strangely, I get to a point where it takes off, and it’s a race to the finish.

The best encouragement comes from readers. When I get letters from readers telling me how a story touched their lives, that encourages me because that’s why I write. 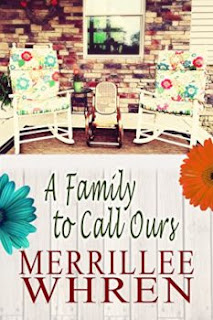 What has frustrated or surprised you the most in writing and publishing?

I can’t think of any surprises because I wrote for many, many years before making my first sale, I had seen the ins and outs of publishing. The frustrating part of writing for a publisher is the editorial input that sometimes squashed my ideas. That’s why I enjoy indie publishing. I can tell the stories I want to tell.

I wished I had jumped into my indie career sooner, but indie publishing was new and uncertain at that time.

Advice to a writer: Explore the types of writing processes and find the one that works for you. Not everyone writes in the same way. 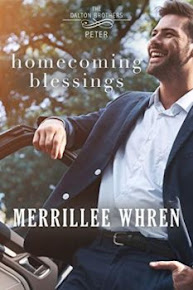 I’m planning to reissue one of my older Love Inspired books, that was published under the title An Unexpected Blessing, but I plan to retitle the book, Miracle Baby. That was the title I gave it as I wrote it. Publishers often change the titles to suit their marketing, not the author.

Here’ are the details…Since the car accident that killed her sister and brother-in-law, Dori Morales has cared for her infant nephew JT. He has become the most important thing in her life, and she wants to give him a wonderful life.

Chase Garrett, JT’s uncle, plans to be a positive influence in his nephew’s life. Chase’s plans face an obstacle—Chase’s estrangement from his brother, JT’s dad. The estrangement puts Chase in a bad light in Dori’s eyes. And Chase’s father wants to raise his grandson with everything wealth and privilege can buy and will stop at nothing to make that happen.

Caring for his nephew was Chase's way of making up for his fractured relationship with his brother—and a marriage of convenience to Dori just might prevent the nasty custody battle that looms.

Sounds like there will be a bit of tension and friction there. If you’d like to learn more about Merrillee’s books, here are some links to get you started.