Don’t Wait for “The Muse” to Strike: Author Interview with Annette Dashofy 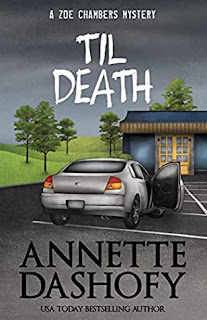 Why did you choose to write murder mysteries?
When I was a kid, I wrote fan fiction in several genres, but from the moment I picked up Where Are the Children? By Mary Higgins Clark, I was hooked on mystery/suspense and never looked back.

Your first published works were in anthologies by the Mary Roberts Rinehart Pittsburgh Chapter of Sisters in Crime. How long have you been active with that group?
I joined my local Sisters in Crime chapter in 2004 and give them much of the credit for being published. I recommend Sisters in Crime to all crime writers.

What was the process of going from short stories to novels?
I wrote novel-length fiction first. Writing short stories were a way to get some publishing credit and to experiment with different styles and voices while seeking a home for the books. My Zoe Chambers mystery series started as a short story that was published in Mysterical-e and which was shortlisted for a Derringer Award. 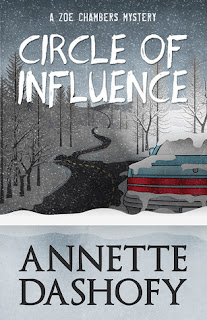 How did you find your publisher and agent? What was the process?
It was definitely not a straight line. I wrote Death by Equine back in 2005 and found an agent for it in 2006 at a Pennwriters Conference. However, the book didn’t sell back then. After a few years, my agent and I parted company.
By then, I’d written Circle of Influence (the first Zoe Chambers mystery) and decided to focus on it. I received no interest from agents and eventually decided to query small presses that didn’t require one. That’s when I found Henery Press. After ten years, it took them ten days to offer me a three-book contract. After ten books, I’ve signed with a new agent to take the series and future books forward. Ten must be my lucky number!
When you started writing your first book, did you intend to make it into a series?
I always intended it to be the first in a series. I’d already written over half of the second book by the time I signed my first contract.
How many more books do you think there will be in the series?
At least three! After ten books with Henery Press, I’ve now signed with Level Best Books to continue the series with books 11, 12, and 13. Beyond that, we’ll have to see. 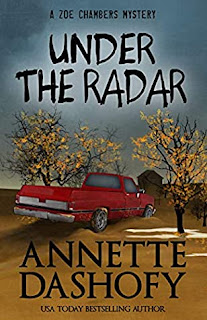 How did Zoe Chambers come about?
As I mentioned, I’d written a short story titled “A Signature in Blood” which featured Police Chief Pete Adams. Zoe was basically his sidekick. When Death by Equine didn’t sell, I wanted to start a new series, and Zoe felt like a good fit.

What makes for a successful mystery?
Wouldn’t we all love to know the answer to that?! If there’s a formula, it’s a well-guarded secret.
How much time daily do you have for writing?
It varies. Two or three hours is about all I can muster before my brain cells dry up. But I write at least an hour each day, although I’m trying to take one day off a week as a “mental health day.” It doesn’t always happen, especially if I have a deadline looming.

What is your writing routine?
I tend to write early in the morning before my inner editor wakes up. I’ll check email and social media as I have my first cup of coffee and then go offline to write until lunch or until my brain shuts down (which it isn’t allowed to do until after at least that one hour). In the afternoon, I switch gears and focus on either editing or business stuff like marketing and promotion. Or accounting. 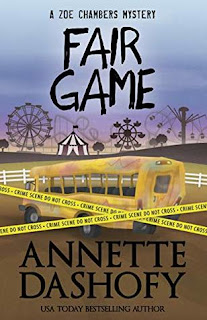 What type of publicity do you do to promote your book?
I have a Facebook reader’s group who help me spread the word. I’ve had success with BookBubs. Less so with Facebook advertising, but I do some of that too. I do guest blogs around new releases. And in the good old days, I did a lot of in-person author events, which I hope to get back to this autumn.

What is the best advice you’ve been given or learned on writing?
Marry someone with good health insurance? Just kidding. Sort of. Seriously, the best advice I’ve given and that I give out as well is to join writing organizations, learn your craft, and never give up.
What works do you have in the process?
I’m working on a second draft of the next Zoe Chambers mystery, which is due to my editor in November, so I’m in good shape there! I’m also first drafting what I hope will be a new series. My agent has the proposal out on submission. And I’m happy to finally have Death by Equine, the book I wrote back in 2005, out in the world!

Anything else you’d like to share about writing?
If you really want to write but think you don’t have the time, find the time. Even if it’s only ten minutes first thing in the morning or last thing at night. Don’t wait for “the muse” to strike. You have to train that little bugger. 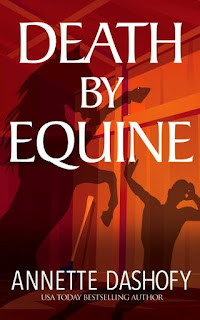 If you show up at the same time each day, your muse will learn to be there when you are. And if he isn’t, write anyway. It’s easier to come back and fix words on the page than it is to put them there in the first place.
I admire your persistence in getting published. It’s a good reminder to all of us to keep on writing. If you’d like to learn more about Annette’s books, here are some links to get you started.